Feliks Nowowiejski’s International Festival of Choral Music is a cyclical event, which has been taking place in our city for fifteen years. The creator and executor of the festival is the Association for Civil Initiatives in Barczewo in cooperation with other entities.

The first edition took place in 2002 and was directed only to Polish choirs. Since the following year, the formula changed into international and so continues today.

The main aim of the festival is to commemorate figure and work of Feliks Nowowiejski who was a great composer, conductor, organist virtuoso born on 7th February 1877 in Barczewo. He was a creator of operas, oratorio “Quo Vadis”, organ symphonies, vocal and choral pieces, a great patriot and a Pole whose activity was an important factor in shaping the Polish consciousness of the lands of the north in the interwar period. 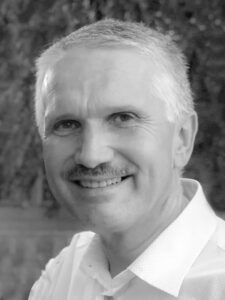 Assoc. prof. Milan Kolena
Milan Kolena is a conductor, artistic director of Bratislava Music Festivals, Associate Professor of choral
conducting and Gregorian Chant at the Academy of Performing Arts in Bratislava. With his choir Apollo
and Schola Gregoriana Bratislavensis Milan Kolena visited many prestigious choral competitions. In 2014
he gave lectures at three American universities: Illinois Wesleyan University School, University of Missouri
School of Music, Colorado State University. He frequently works as a member of the jury at various
international choral and orchestral competitions in Slovakia, Europe and Asia. He was awarded the best
conductor special prize of the „Singing World“ choral competition in St. Petersburg, Russia in 2015. In the
same year he held choral workshops in China and Hong Kong. He is a member of the International Council
of the World Choir Games and Vice President World Youth and Children Choral Artists’ Association. In 2018
he received the first place with his Apollo choir at “Moscow Sounds” Festival in Folk Music category and a
Grand Prix for Sacred Music category. 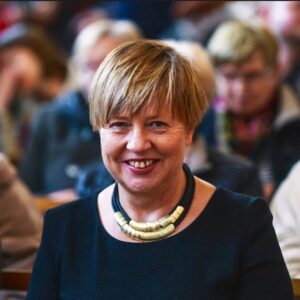 Elżbieta Wtorkowska is Professor of Music. She serves as a professor at the Feliks Nowowiejski Academy of Music in Bydgoszczy and J. Grodek State High Vocational School in Sanok as well as a lecturer at the Postgraduate Choimaster and Voice Production  Training Programme at the Academy of Music in Bydgoszcz.She is also a vocal consultant of the chorus of „Opera Nova” in Bydgoszcz. Since 1992, she is a lecturer at the Studies for Conductors of Polonia Choirs in Koszalin and is a member of Artistic Council of the Society „Wspólnota Polska”. Since 2002, she is a conductor of the “Ojczyzna” (“Motherland”)She lectures and gives master classes in voice and choral workshops at learning courses for conductors of Polish choirs in Belaruss (1996-2009), Ukraine (-2009), Lithuania (2003-2009), Czech Republic (1999-2001, 2007 and 2008), the United States of America (2006,2007,2014 and 2016) and Great Britain (2008, 2015). In the same 2008, she lectured and ran choral workshops in Sydney, Australia in 2009 in Biggar (Scotland)and in Campeche ,Mexico(2012) and in Lloret de Mar, Spain (2014,2015).

Since 1981, in Murowana Goślina (Poland), she leads „Canzona” Girls’ Choir, since 2001 Female Choir „Canzona-Absolwent” („Canzona-Graduate”), she also serves as artistic and subject support for Boys Choir „Canzona” and Chamber Choir „Canzona”. With “Canzona” choirs she gave concerts in Germany, Switzerland, Italy, the Netherlands, Greece, Sweden, Russia, Czech Republic, Slovakia, Hungary, Lithuania, Finland, Austria, England, Spain, Portugal, Bulgaria and the Ukraine. She is an initiator and the director of the International Choral Festival of Rev. Edmund Szymański in Murowana Goślina (2007-2015). She guests as a lecturer at numerous seminars for vocalists, speech therapists, teachers and choir conductors, in Poland and abroad. She teaches vocal workshops for both amateur and professional choirs, children, youth and university choirs, boys, female, male and mixed choirs all over Poland.

Prof. Dariusz Dyczewski is also active in the field artistic education of primary and secondary level. Since 2010, he has been a consultant at the Artistic Education Center in Warsaw. In 2015-2018, he was a member of the Council for Artistic Education appointed by the Minister of Culture and National Heritage. He is the principal of Leonard Piwoni’s Private Music Schools in Szczecin.

Prof. Dariusz Dyczewski is one of the key figures in the Polish choral scene. In 2006 he was appointed the artistic director of the International Festival of Choral Song in Międzyzdroje – one of the oldest choral festivals in Poland. He is also a member of the Artistic Council and a juror of the Legnica Cantat National Choir Festival In 2013, he was elected President of the Polish Association of Choirs and Orchestras in Poland for the term of 2013-2017, and then 2017-2021 , 2021 – 2025 .He is active as a juror in national choir competitions in Bydgoszcz, Legnica, Barczewo, Międzyzdroje, Kalisz, Łódź, Katowice , Lublin , Poznań , Cieszyn. 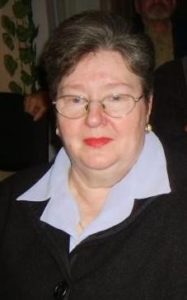 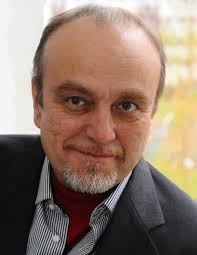